@cranepga You've put so many qualifiers on your point you've totally lost the big picture. There was a season less than 10 years ago where IU won a single game against South Carolina State. Now you're asking #iufb fans to slow their roll after beating PSU, Mich, and Mich State. Dude.

And just for context, when Maryland and Wisconsin were shut down, both programs missed two weeks. You've got a 21-day period where Big Ten athletes have to sit out after a positive COVID test. Not sure how the Buckeyes are back next week, but you never know. #iufb

So, basically, OSU has to play its two remaining games or it's out of the Big Ten title game. For 12 out of 14 Big Ten football games over the next two weeks not to be played is a stretch. #iufb 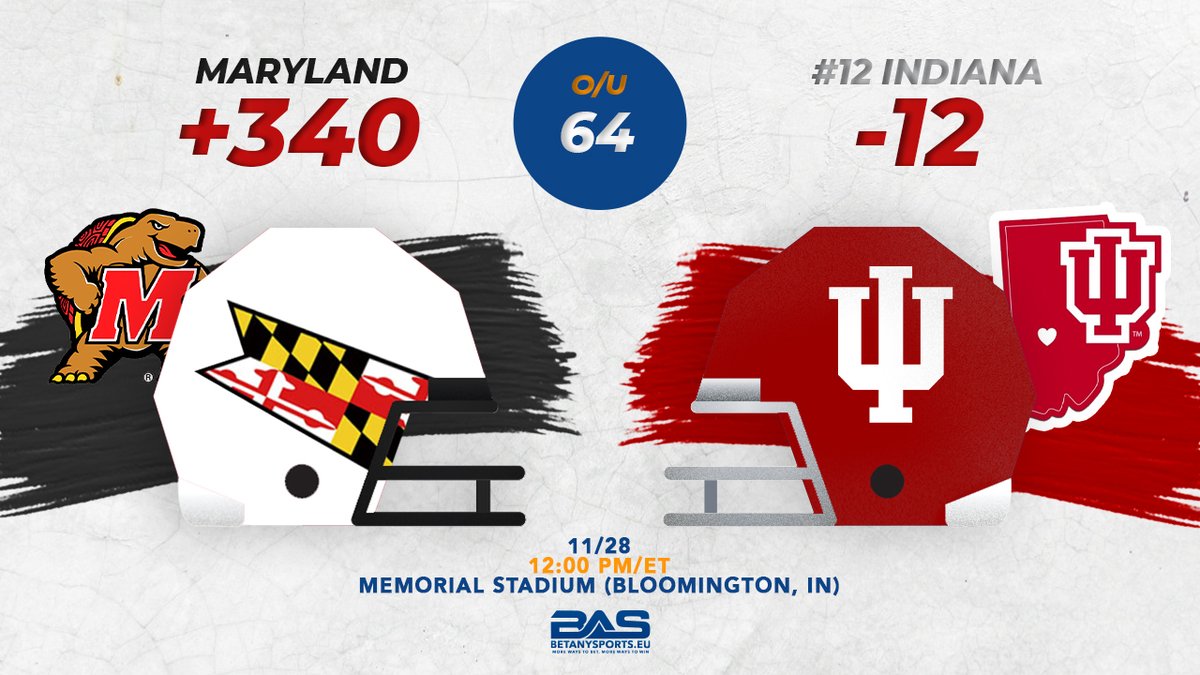 The Maryland #Terrapins are 2-15 ATS in its past 17 games vs ranked conference opponents. 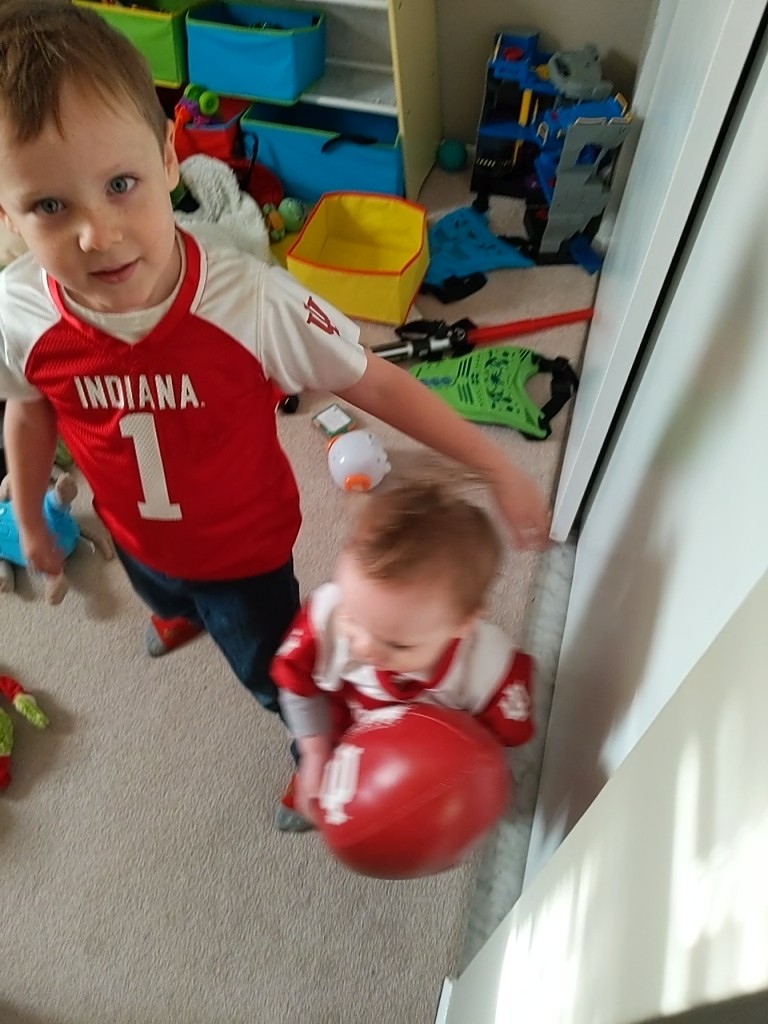 It’s a beautiful day for some #iufb!

ICYMI: It's gameday for Indiana - a matchup against Maryland. Know more about the Terrapins with our full game preview: #iufb

The second looks at the QB position. Like Michael Penix! That guy's pretty good, if you like 6-foot-3, 218-pound quarterbacks with a laser rocket arm. #iufb

We have a couple pregame reads for you. The first is about the defense's insane interception ability to start the year. #iufb

“Coach Allen has built something special”

Recruits are taking notice of what Tom Allen is doing at Indiana. #iufb From @MB_Weaver

Pregame watching: Our Thanksgiving episode, which includes something you'll want to see on both Tom Allen and Michael Penix. #iufb @HoosierHystrcs 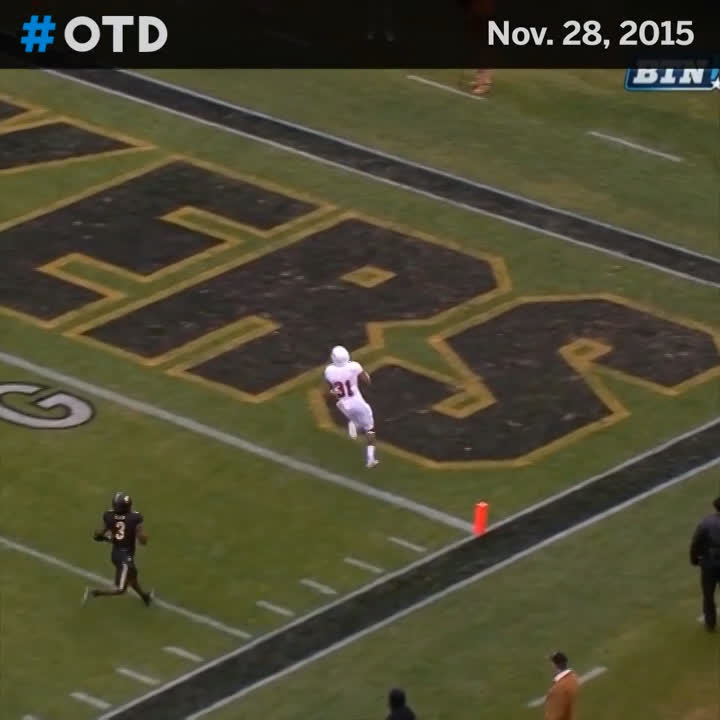 Notable happenings in the Bucket Game #OTD 5⃣ years ago:

The easiest gift to give is the gift of kindness! 27 days until Christmas! Makes someone's day better today! #LEO #iufb 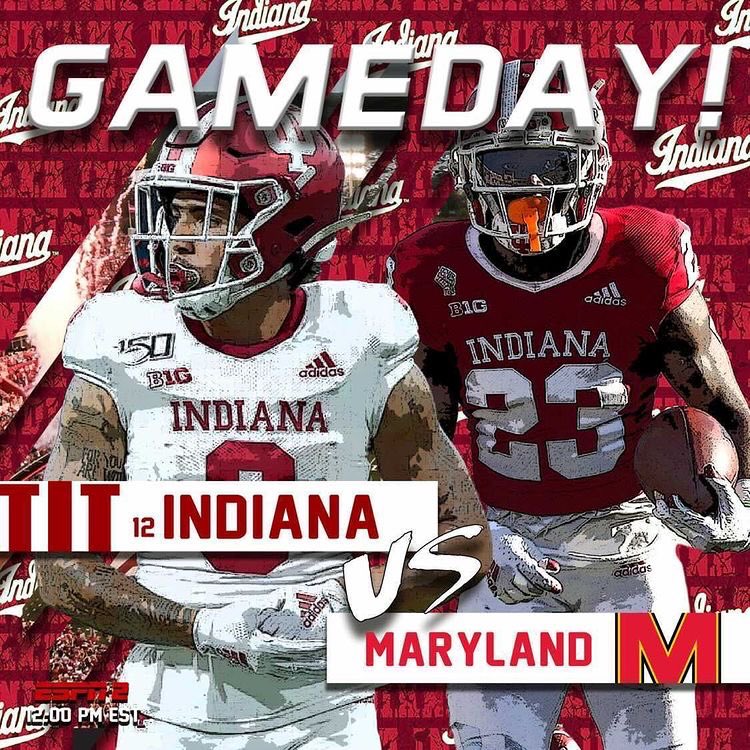 GAMEDAY!!!!!!!!!! #IUFB #LEO
The No. 12 Indiana Hoosiers face off against the Maryland Terrapins today! Indiana looks to get a bounce back win and improve to 5-1 on the year!
Go IU!!!!

Michael Penix, Ty Fryfogle, Tiawan Mullen and No. 12 Indiana face Maryland today (Noon, ESPN2). #iufb A look at what the Terrapins bring to the table. From @MB_Weaver

A huge game for the Indiana football team today when the Hoosiers take on Maryland. Here's all the details you need to know, including game time, TV information and more. #iufb @umterps @B1Gfootball @espn @CollegeGameDay

Morning bump: Ohio State's second game of the season was canceled last night, meaning no matchup with Illinois this weekend.

How does that impact Indiana and its chances at a potential Big Ten Championship game? It's all broken down here. #iufb

Ohio State has a 2nd game canceled due to COVID-19 positive tests. How that potentially impacts the Big Ten title game and Indiana. #iufb

Clarification from the conference on the math behind the Big Ten Championship Gm eligibility rules: Assuming the 4 remaining games today are played, 12 of the 14 gms scheduled for the final 2 wks would need to be canceled for a team to qualify for Indy w/ fewer than 6 gms played. 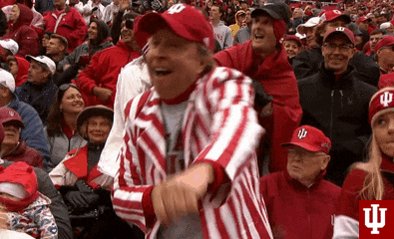 You can't run the table if you don't beat Maryland.
❌🐢
#iufb

#iufb should be able to move the football and put points on the board against the terps today. The defense will have its hands full but will probably force a couple TO’s

Did I just put a $10 bet on indiana to win the big ten in hopes of Ohio state not qualifying for the championship game? Fuck yes I did #iufb

What is one thing we know about #IUFB under Tom Allen?

Meanwhile, Indiana is 9-3 in it's last 12 Big Ten Football Games.

If Notre Dame had that same stretch against the exact same teams they would be living in the Top 5. The 1980's still matter to the Pollsters.

Like, there was a time not so long ago when #IUFB winning any games was nice. Allen has them ranked two years in a row and showed up in the top 10 IN THE COUNTRY and somehow opposing fans are big mad online about people recognizing his work. It's actually insane.

And with that, Center Grove is your 2020 Class 6A State champs

@TheMopLady IU has literally beaten nobody and acts like they are a perennial power. Beat any Big Ten team with a winning record and it will be Allen’s 1st!